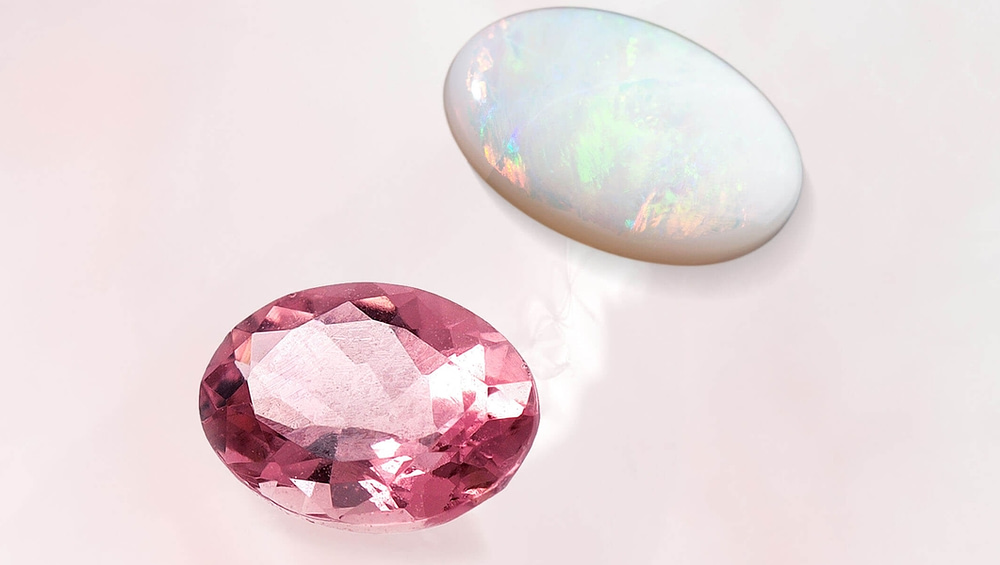 October’s birthstone, the opal, symbolizes faithfulness and confidence. When light hits the sphere structures in opal, the colors of the visible spectrum appear. In different lights, an opal’s rainbow fragments may shift and change, revealing luminous bright and dark colors for a fascinating display. The October birthstone’s dramatic play-of-color has inspired writers to compare it to fireworks, galaxies and volcanoes. Hundreds of years ago, opal was believed to embody the virtues and powers of all colored stones

The other October birthstone, tourmaline, comes in a kaleidoscope of colors; often more than one hue is present in a gem. Brightly colored specimens are valued more highly. When heated or cooled, these gems develop an electric charge; the Dutch once used them to remove ash from meerschaum tobacco pipes. Egyptian legend says that tourmaline received its colors as it passed through a rainbow on its way up from Earth’s core. The gem symbolizes inspiration and once was believed to protect against evil.