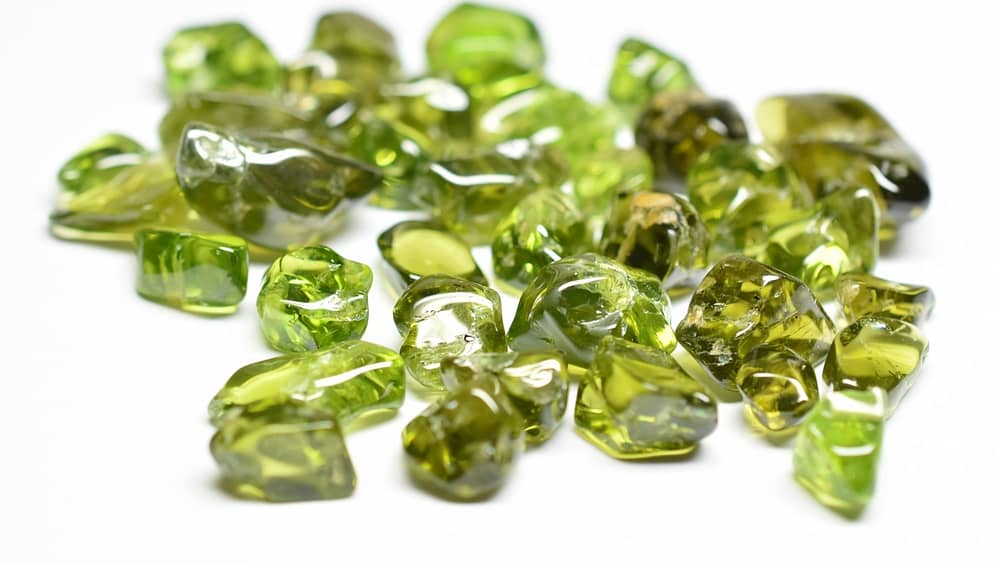 Peridot is the rare gem-quality variety of the common mineral olivine, which forms deep inside the earth’s mantle and is brought to the surface by volcanoes. In Hawaii, peridot symbolizes the tears of Pele, the volcano goddess of fire who controls the flow of lava.

Peridot’s signature green color comes from the composition of the mineral itself, rather than from trace impurities, as with many gems. That’s why this is one of few stones that onlycomes in one color, though shades may vary from yellowish-green to olive to brownish-green, depending how much iron is present.

Also known as “the Evening Emerald” because its sparkling green hue looks brilliant any time of day, peridot is said to possess healing properties that protect against nightmares and evil, ensuring peace and happiness. Babies born in August are lucky to be guarded by peridot’s good fortune.Ancient Egyptians called peridot the “gem of the sun,” believing it protected its wearer from terrors of the night. Egyptian priests believed that it harnessed the power of nature, and used goblets encrusted with it to commune with their nature gods.