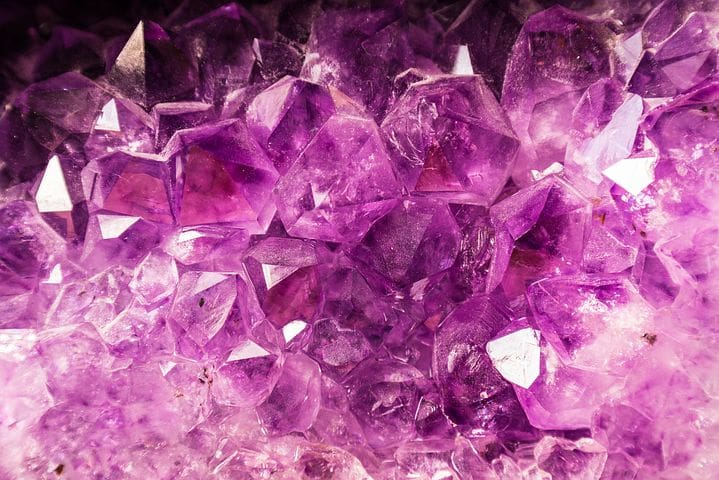 Amethyst, the birthstone of February, is a variety of Quartz that carries a spectacular purple color that ranges from a blend of deep violet and red to a lighter lilac hue.Amethyst was believed by ancient Greeks and Romans to ward of the intoxicating powers of Bacchus, also is said to keep the wearer clear-headed and quick-witted.

Throughout history, the gemstone has been associated with manymyths, legends, religions, and numerous cultures. English regalia were even decorated with amethysts during the Middle Ages to symbolize royalty.

Amethyst is purple quartz,a beautiful blend of violet and red that can found in every corner of the earth. Historically, the finest amethyst were found in Russia and were featured in much royal European jewelry. Today, Brazil and Zambia are the primary sources of this beautifully radiant violet gemstone. 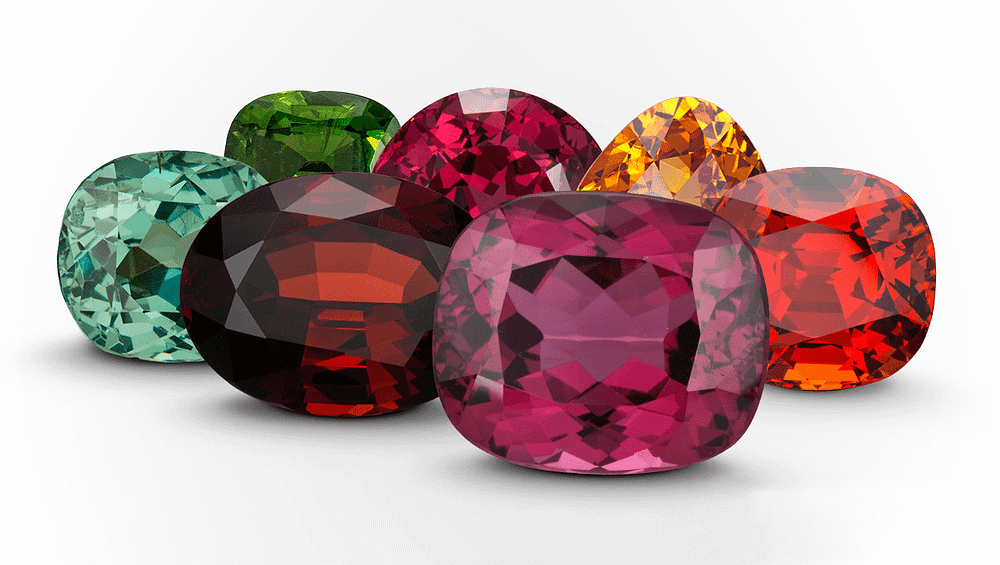 Garnet, the birthstone for January, signifies eternal friendship and trust and is the perfect gift for a friend. Garnet, derived from the word granatum, means seed, and is called so because of the gemstone’s resemblance to a pomegranate seed. References to the gemstone dates back to 3100 BC, when the Egyptians used garnets as inlays in jewelry.

Garnet is available in a rainbow of colors, from the deep red Bohemian Garnet to the vibrant greens of the Russian Demantoid and African Tsavorite. We also see it appearing in the oranges and browns of Mandarin Garnet, Spessartite and Hessonite from Namibia and Sri Lanka, and the subtle pinks and purples of Rhododendron, and the most widely recognized color of Pyrope Garnet. It is considered a great gift to symbolize friendship and trust.

Legend says Garnets light up the night and protect their owners from nightmares. Garnets have long been carried by travelers to protect against accidents far from home. Garnet is the birthstone for January but with its stunning variety of colors and its mystical powers it has been given as a gift for all occasions for centuries.